FDA User Fees are Critical to Bringing Safe, Effective Cures to Patients
Bipartisan Policy Center
April 26, 2017
Provisions in draft legislation reauthorizing the Food and Drug Administration’s (FDA) user fee programs will play a critical role in accelerating the development and delivery of safe and effective treatments and cures to patients. That’s the message of a new Bipartisan Policy Center report released today to help inform Congress as they consider updating and reauthorizing fee agreements the FDA collects from industry for prescription drugs, medical devices, and biosimilars. The fees make up a significant part of the agency’s budget and are set to expire on September 30, 2017, risking staff layoffs and timely approvals of new treatments and cures.
Read more...

Tell Congress to pass bill to defund Planned Parenthood
American Family Association
APRIL 26, 2017
Planned Parenthood is America's largest abortion provider and it carries out over 300,000 abortions each year. In recent years the gruesome practice of abortion by Planned Parenthood was highlighted through undercover videos. These videos showed Planned Parenthood employees discussing the barbaric sale of baby body parts. Not only is this inhumane, it is likely a felony. Such an organization should not receive taxpayer dollars.
Read more...

FCC Chairman Ajit Pai Begins to Free the Internet From Burdensome Overregulation
Citizens Against Government Waste
April 26, 2017
Citizens Against Government Waste (CAGW) praised Federal Communications Commission (FCC) Chairman Ajit Pai today after his announcement of a Notice of Proposed Rulemaking (NPRM) that is intended to reconsider the imposition of an outdated regulatory regime on the internet.
Read more...

CLUB FOR GROWTH ON TRUMP TAX PROPOSAL: THIS IS WHAT PRO-GROWTH TAX REFORM LOOKS LIKE
Club for Growth
April 26th, 2017
“The Trump Administration’s tax reform proposal is massively pro-growth,” said Club for Growth president David McIntosh. “Cutting rates and eliminating deductions will put the U.S. squarely on the path of sustained economic growth, and allowing small and mid-size businesses to use a new 15% business tax rate is crucial to that growth. This is the tax plan that the American people supported when they elected President Trump, so House Republicans would do well to give it their full support.”
Read more...

COUNCIL ON FOUNDATIONS STATEMENT REGARDING WHITE HOUSE TAX CUT STATEMENT
Council on Foundations
APRIL 26, 2017
“Today’s White House statement on its tax reform position clarifies the first step in what will be a long process towards meaningful tax reform. We are especially pleased to see the White House recognize the importance of the charitable deduction. We look forward to seeing even greater clarity from the White House in the coming months on its position."
Read more...

RETAILERS RESPOND TO PRESIDENT TRUMP’S TAX PLAN
Retail Industry Leaders Association (RILA)
April 26, 2017
"We welcome President Trump's outline for tax reform. Retailers pay among the highest effective tax rates of all U.S. businesses and provide jobs to more Americans than any other industry. Reform that substantially lowers the rates that retailers ultimately pay will generate job growth and benefit American families in countless ways. The President's tax reform plan recognizes the importance of a globally competitive tax code that allows American businesses to compete around the world and grow, and for consumers to have more money to save or spend. We will continue to fight back against the harmful border adjustment tax proposed by House Republicans and look forward to working with President Trump to exact pro-growth tax reform this year," said Brian Dodge, senior executive vice president for public affairs."
Read more...

Posted by Shonda Ponder at 8:00 PM No comments: 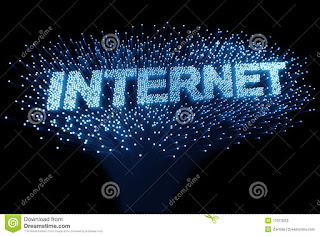 FCC Chairman Ajit Pai Begins to Free the Internet From Burdensome Overregulation
Citizens Against Government Waste
April 26, 2017
Citizens Against Government Waste (CAGW) praised Federal Communications Commission (FCC) Chairman Ajit Pai today after his announcement of a Notice of Proposed Rulemaking (NPRM) that is intended to reconsider the imposition of an outdated regulatory regime on the internet.
Read more...

=====
Save 30-40% on a great selection of Men’s designer clothing and accessories at Bloomingdales.com! PLUS, save an extra 50% on almost all permanently reduced Men’s merchandise for a total savings of 60-70%. Offer valid through May 7.

Posted by Shonda Ponder at 5:11 PM No comments:

Media and the Press 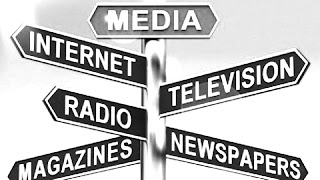 Posted by Shonda Ponder at 4:37 PM No comments: