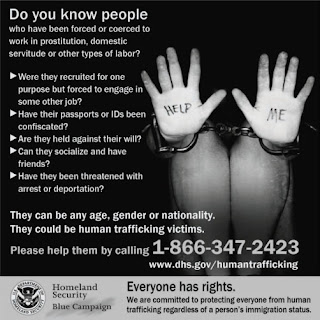 Wagner Introduces Bipartisan Allow States and Victims to Fight Online Sex Trafficking Act of 2017
Ann Wagner (R-MO, 2nd)
April 3, 2017
Section 230 of the Communications Decency Act (CDA) of 1996 has been wrongly interpreted to shield websites that participate in sex trafficking from any criminal liability. The U.S. Court of Appeals for the First Circuit has said that it is Congress’ role to clarify the intersection between Section 230 and sex trafficking laws. This legislation would provide that urgently needed clarification while safeguarding the freedom of the Internet.
Read more...

Posted by Shonda Ponder at 9:36 PM No comments: 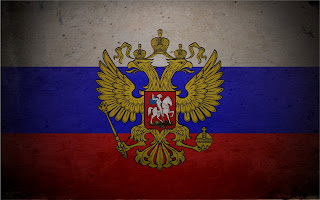 Menendez Statement on Exxon Request to Waive Russia Sanctions to Pursue Oil Venture
Robert Menendez - (D - NJ)
April 20, 2017
"Russia's activities in Ukraine and Syria have clearly shown that they cannot be trusted to be responsible or humane players on the international stage,” Sen. Menendez said. “The United States and Europe imposed sanctions on Russia for violating the international order, and Vladimir Putin has taken no steps that would merit the removal of any sanctions. I hope that American companies and the Trump Administration will keep these broader implications in mind as they consider any waiver requests, regardless of Exxon’s longstanding record of lobbying against these sanctions."
Read more...

Bipartisan Group of Senators Call for Action on Chechen Human Rights Violations Towards LGBT Community
Senator Dianne Feinstein - (D - CA)
April 19, 2017
Senator Dianne Feinstein (D-Calif.) joined a group of 12 Senators led by Senators Edward J. Markey (D-Mass.) and Todd Young (R-Ind.) to call on Secretary of State Rex Tillerson and U.S. Representative to the United Nations Ambassador Nikki Haley to continue to put diplomatic pressure on their Russian counterparts to respond to the recent reports of the detention, torture, and killing of members of the Chechen LGBTI community. Recent reports have highlighted the detention and torture of approximately 100 gay men in that country based solely on their sexual orientation, with some reports revealing that Chechen authorities have been responsible for the deaths of at least three of these men. Because Russia is a member of the Council of Europe, it is a party to the European Convention for the Protection of Human Rights and Fundamental Freedoms, which guarantees a broad range of rights and freedoms for all people, without exception, including the right to life and prohibition of torture.
Read more...

Gardner Statement on Human Rights Violations in Russia
Senator Cory Gardner (R-CO)
April 18, 2017
“These reports are extremely disturbing and contrary to basic international human rights norms,” said Gardner. “I join the Trump Administration's call for Russian authorities to immediately investigate the reports of these horrific actions and hold the perpetrators accountable. The United States will not stand for discrimination based on sexual orientation, or any other reason, and we cannot look the other way as human rights are violated around the world.”
Read more...

Walz Statement Calling for House Intelligence Chair’s Recusal from Russia Probe
Timothy J. Walz (D-MN, 1st)
March 31, 2017
“At the very least, it appears Chairman Nunes’ ability to independently investigate Russia’s attack on our democracy is compromised. As the credibility of any congressional investigation relies on a commitment to bipartisanship and the independence of those conducting it, I call on Chairman Nunes to immediately recuse himself from the Committee’s Russia investigation.
Read more...

Posted by Shonda Ponder at 9:28 PM No comments: 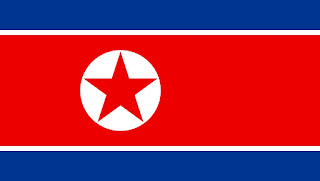 House Takes Action to Hold North Korea Accountable
Jackie Walorski (R-IN, 2nd)
April 3, 2017
“As North Korea poses an increasing threat to our national security, it’s time to call this rogue regime what it is: a state sponsor of terrorism,” Congresswoman Walorski said. “With these measures, we are taking action to hold North Korea accountable and send a clear message that Kim Jong-un’s illicit missile program and provocative maneuvers are unacceptable. Congress is committed to working with the Trump administration to confront this threat and keep America and our allies safe.”
Read more...

Upton, House Pass Measures Targeting North Korea
Fred Upton (R-MI, 6th)
April 3, 2017
“In recent weeks, North Korea has escalated their threats against American lives. In response to these troubling provocations, we have taken action,” said Upton. “Today’s measures push the State Department to determine whether North Korea should be re-listed as a State Sponsor of Terrorism and officially condemn their development of nuclear weapons. As we move forward, we must be clear-eyed in our resolve to protect our citizens from this rogue state.”
Read more...