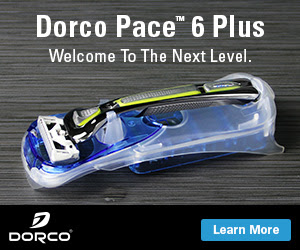 Washington, D.C. - April 9, 2019 - (The Ponder News) -- Five House Committee Chairs sent letters to the Department of Justice (DOJ), the Department of Health and Human Services (HHS), and the White House requesting documents and information regarding the involvement of White House officials in the Administration’s troubling decision to not defend the constitutionality of the Affordable Care Act (ACA).

The chairs wrote in their letter to HHS and the White House:

“If the Administration’s new legal position prevails and the entire ACA is struck down, there would be catastrophic implications for millions of American consumers and the United States health care system.”

The chairs wrote in their letter to DOJ:

“This refusal appears to be violating longstanding policies to defend and enforce Acts of Congress; will have a significant negative impact on the accessibility of healthcare for Americans; and appears to be driven by political considerations rather than considered legal arguments. The Department owes Congress and the public an explanation as to why it refuses to enforce the law and we request that you provide previously requested information to us and make certain individuals available for questioning.”

Click here to read the letter to the White House.

Posted by Shonda Ponder at 9:49 AM No comments:

“Rather than focusing on our ballooning federal debt, currently $22 trillion and counting, and releasing a budget resolution, Democrats have decided to ignore their responsibilities and drive us further into the hole. Their proposal to raise the discretionary spending caps not only fails to address America’s increasingly dangerous fiscal situation but highlights just how out-of-touch the Left has become. Moreover, their contention that providing for national security in some way obligates unnecessary spending on non-defense programs is patently absurd.

“President Trump is right – Congress cannot maintain the status quo by continuing to push irresponsible caps deals. We stand with the president and look forward to releasing our own balanced budget that will promote many of our shared priorities and restore fiscal sanity to the legislative process.”

On Tuesday, House Budget Committee Chairman John Yarmuth (D-Ky.) introduced the Investing for the People Act of 2019 in lieu of producing a budget resolution for FY 2020. This bill irresponsibly applies the principle of parity, meaning regardless of the program or need, non-defense spending would be increased in an equal amount to any necessary national security funding increase. This bill contains not a single dollar in spending offsets and exempts two new categories of spending from the proposed non-defense caps.

The bill passed out of committee on April 3, 2019 without a single Republican vote.

Posted by Shonda Ponder at 9:40 AM No comments:

Washington, D.C. - April 9, 2019 - (The Ponder News) -- The U.S. House of Representatives voted on Thursday to reauthorize the Violence Against Women Act, with an amendment by Congresswoman Eddie Bernice Johnson.

“In my home state of Texas and my city of Dallas, we are unfortunately deeply familiar with the tragedies involved in domestic violence,” said Congresswoman Johnson, who serves as Co-Chair of the Congressional Homelessness Caucus. “Families have been broken apart, and people have lost their lives to the scourge of domestic violence. We have the duty to do more to protect our communities.”

This bipartisan legislation makes great strides in addressing existing gaps in current law, which disproportionately affect victims of domestic violence and assault, including:


Congresswoman Johnson’s amendment to the landmark bill will strengthen housing protections through emergency transfers for victims of domestic violence.

“My amendment will ensure that a tenant who is a victim of domestic violence, dating violence, sexual assault, or stalking is able to apply for an emergency transfer to another available and safe dwelling unit assisted under a covered housing program,” said Congresswoman Johnson. “By voting in favor of this amendment, Congress is upholding our sacred obligation to protect the millions of victims and survivors who need and deserve our whole-hearted and full support.”

Posted by Shonda Ponder at 9:36 AM No comments: