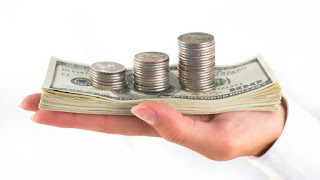 Senator Pat Toomey Issues Statement on ‘Too Big To Fail' Executive Order
Senator Patrick J.Toomey - (R - PA)
April 21, 2017
"I applaud the President's two Executive Orders today focused on examining the Financial Stability Oversight Council's (FSOC) determination of ‘systemically important financial institutions' and Dodd Frank's Orderly Liquidation Authority (OLA). The FSOC and the OLA are two of the most egregious provisions of the Dodd-Frank Act, and are counterproductive to ending both taxpayer bailouts for banks and so-called ‘Too Big To Fail.' Bailouts, and the potential for bailouts, undermine market discipline and unfairly put America's taxpayers on the hook for Wall Street's mistakes.
Read more...

MERKLEY STATEMENT ON VOLCKER ENFORCEMENT ACTION AGAINST DEUTSCHE BANK
Jeff Merkley - (D - OR)
April 21, 2017
Oregon’s Senator Jeff Merkley released the following statement after the Federal Reserve fined Deutsche Bank $157 million for infractions, including violating the Volcker Rule. The fine is the first related to enforcement of the Volcker Rule, which Merkley co-authored along with former Senator Carl Levin as part of the Dodd-Frank Wall Street Reform and Consumer Protection Act of 2010. The Volcker Rule, which places a firewall between traditional banking and risky proprietary trading activities, was implemented by regulators in July 2015.
Read more...

Rare Op-Ed: Ron and Rand Paul: Now is the time to pass Audit the Fed
Senator Rand Paul - (R - KY)
April 18, 2017
While it took our nation more than 225 years to accumulate nearly $20 trillion in debt (and much, much more if you factor in unfunded liabilities), our central bank can put Americans on the hook for trillions without blinking by simply creating whatever funds it needs out of thin air. Its status as “the lender of last resort” signs a blank check for politicians to spend to their heart’s content without worrying about the immediate consequences.
Read more...

Trump reverses stances on China as currency manipulator, Ex-Im Bank
Politico
April 12, 2017
During his presidential campaign, Trump said he would designate China as a currency manipulator on the first day of his presidency to “force China to the negotiating table.” And he criticized Yellen last year precisely because she kept interest rates low, accusing her of keeping rates “artificially low” to boost the economy and help President Barack Obama.
Read more...

Posted by Shonda Ponder at 9:16 PM No comments: 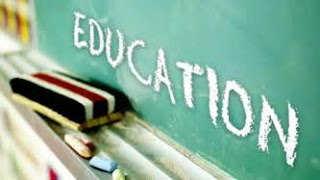 Sen. Franken Announces New Bill to Spur Innovative School-Industry Partnerships
Senator Al Franken - (D - MN)
April 17, 2017
Sen. Al Franken announced that he will continue his years-long effort to tackle the nation's "skills gap," and give students a leg up on landing a good-paying job by introducing his Advancing Career Pathways Innovation Act after he returns to Washington, D.C. in the coming weeks.
Read more...

Posted by Shonda Ponder at 8:08 PM No comments: 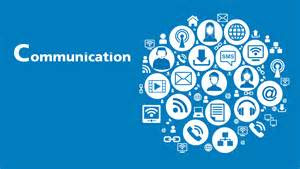 Fischer, Klobuchar Lead Bipartisan Letter to FCC on Rural Broadband
Senator Deb Fischer- (R - NE)
April 11, 2017
In the letter, addressed to FCC Chairman Ajit Pai, FCC Commissioner Mike O’Rielly, and FCC Commissioner Mignon Clyburn, the senators urged the agency to take additional steps to continue advancing broadband deployment in our nation’s rural areas. They also expressed concerns about the high cost of these critical services in many rural communities and stressed that more Americans should have the opportunity to purchase affordable broadband to keep them connected.
Read more...

Posted by Shonda Ponder at 7:45 PM No comments: RETAILERS RESPOND TO PRESIDENT TRUMP’S TAX PLAN
Retail Industry Leaders Association (RILA)
April 26, 2017
"We welcome President Trump's outline for tax reform. Retailers pay among the highest effective tax rates of all U.S. businesses and provide jobs to more Americans than any other industry. Reform that substantially lowers the rates that retailers ultimately pay will generate job growth and benefit American families in countless ways. The President's tax reform plan recognizes the importance of a globally competitive tax code that allows American businesses to compete around the world and grow, and for consumers to have more money to save or spend. We will continue to fight back against the harmful border adjustment tax proposed by House Republicans and look forward to working with President Trump to exact pro-growth tax reform this year," said Brian Dodge, senior executive vice president for public affairs."
Read more...

COUNCIL ON FOUNDATIONS STATEMENT REGARDING WHITE HOUSE TAX CUT STATEMENT
Council on Foundations
APRIL 26, 2017
“Today’s White House statement on its tax reform position clarifies the first step in what will be a long process towards meaningful tax reform. We are especially pleased to see the White House recognize the importance of the charitable deduction. We look forward to seeing even greater clarity from the White House in the coming months on its position."
Read more...


CLUB FOR GROWTH ON TRUMP TAX PROPOSAL: THIS IS WHAT PRO-GROWTH TAX REFORM LOOKS LIKE
Club for Growth
April 26th, 2017
“The Trump Administration’s tax reform proposal is massively pro-growth,” said Club for Growth president David McIntosh. “Cutting rates and eliminating deductions will put the U.S. squarely on the path of sustained economic growth, and allowing small and mid-size businesses to use a new 15% business tax rate is crucial to that growth. This is the tax plan that the American people supported when they elected President Trump, so House Republicans would do well to give it their full support.”
Read more...

Tax cuts increase take-home income, grow economy and create jobs
Americans for Limited Government
April 26, 2017
“President Trump’s outline for cutting taxes for individuals makes sense and will lead to most Americans enjoying more take home pay than they do today. Lowering the number of tax brackets and the associated top and lowest rates, along with increasing the standard deductions, keeping the home mortgage and philanthropy deductions while changing the maximum deductibility of state and local income taxes makes sense.
Read more...

Taxpayers Pay Twice
Senator Rand Paul - (R - KY)
April 20, 2017
Americans collectively spend countless hours pouring over paperwork to make sure their taxes are correct, and they can keep as much of their own money as possible. While one would hope the agency that collects those taxpayer funds would show the same diligence, today’s Waste Report tells the story of an IRS that failed to recover over $76 million in “unallowable expenses” to government contractors. Though the IRS spent nearly $6 million more of taxpayers’ money for audits to identify those costs, the agency often failed to take basic steps in response and lacked vital details needed to thoroughly track and evaluate the recovery efforts.
Read more...

Shelby Introduces Legislation to Establish Flat Tax
Senator, Richard C.Shelby - (R - AL)
April 18, 2017
“On Tax Day, the American people are reminded that our nation’s tax code is unnecessarily complex, confusing, and inefficient. The SMART Act is a straightforward solution that would require taxpayers to only file a simple postcard size return, which would save Americans time and money. The SMART Act would also allow businesses to redirect resources away from tax compliance and instead focus on expanding their businesses and creating jobs.”
Read more...

Not appropriate for Consumer Financial Protection Bureau to engage in PR piggybacking
Senator Michael B. Enzi - (R - WY)
April 11, 2017
“We do not believe the CFPB has the authority to use the IRS as a conduit to solicit Americans’ stories about money. Additionally, since the CFPB is funded by a transfer of non-appropriated funds from the Federal Reserve System’s combined earnings, we question whether it is appropriate to use taxpayer dollars …to advertise the CFPB,” the senators wrote. “The CFPB is supposed to be an independent organization, we do not believe the Treasury Department should be soliciting information on behalf of the entity. We respectfully request that Treasury’s Bureau of Fiscal Service curtail this practice...”
Read more... Posted by Shonda Ponder at 2:40 PM No comments: Cotton Statement on the Iran Deal Compliance Certification
Senator Tom Cotton (R-AR)
April 19, 2017
“This certification is shaky, and it doesn’t mean that the intentions behind Iran's nuclear program are benign. Because the deal doesn’t guarantee even standard verification measures, we cannot know the full extent of Iran's nuclear activities. And as Iran inches closer to a threshold nuclear breakout, it's also continuing to develop ballistic-missile delivery systems and sponsor terrorism. What all this tells us—and what no certification of the terrible Obama deal can change—is that Iran remains a grave threat to our security."
Read more...

Posted by Shonda Ponder at 2:25 PM No comments: