Posted by Shonda Ponder at 11:29 AM No comments: 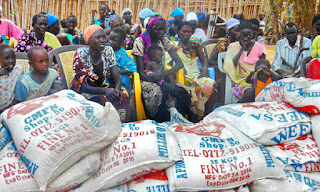 CORKER, COONS VISIT WORLD’S LARGEST REFUGEE CAMP TO GET A FIRSTHAND LOOK AT GLOBAL FOOD CRISIS
Senator Bob Corker (R-TN) - (R - TN)
April 17, 2017
U.S. Senators Bob Corker (R-Tenn.) and Chris Coons (D-Del.), both members of the Senate Foreign Relations Committee, on Friday visited the Bidi Bidi refugee camp in Uganda, where more than 270,000 people reside after fleeing war-torn South Sudan. The senators witnessed firsthand one of the countries hardest hit by the current global food crisis in which 20 million people in Nigeria, Somalia, South Sudan, and Yemen are at risk of starvation. They sought to elevate international attention on the historic and desperate nature of the humanitarian situation while also making a plea for other donor countries to join the U.S. in meeting the unprecedented need. The senators also called out governments and non-state actors who are blocking delivery of aid and reiterated support for long-needed reforms of U.S. international food aid programs.
Read more...

Posted by Shonda Ponder at 11:18 AM No comments:

Posted by Shonda Ponder at 11:05 AM No comments: