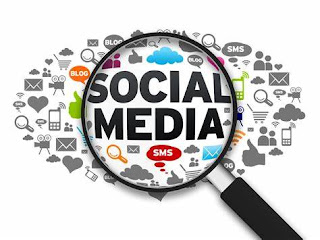 Source: Politico
May 28, 2019
They've been banned from Facebook, purged from Twitter and blocked from Instagram. Some of them have been barred from setting foot on the continent of Australia. But you can still find them all on the fledgling social media network Parler.

The Twitter-like platform was initially hatched last year as a tool for digital news outlets to claw revenue back from big social networks like Facebook. But as those platforms purge some of the internet’s most inflammatory supporters of President Donald Trump over posts deemed dangerous or offensive, Parler has carved out a niche among these banned right-wing influencers — like Gavin McInnes, Laura Loomer and Milo Yiannopoulos.

Posted by Shonda Ponder at 1:53 PM No comments: