Seriously? What did they expect... 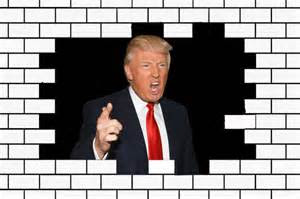 Ruben Gallego is whining about how Trump's evil wall is going to spread hate through the use of eminent domain to build the Border wall.

I don't feel sorry for those who's property it is going to affect, since it was hate that purchased that property to begin with.

Posted by Shonda Ponder at 10:55 PM No comments:

At The Ponder News, we are thankful for all of our readers and contributors!

Posted by Shonda Ponder at 9:57 PM No comments:

Net Neutrality to be Ended

Washington, D.C. - November 22, 2017 (The Ponder News) -- On Tuesday, Chairman Ajit Pai put forth a proposal for the FCC to scrap the Net Neutrality rules. This has caused much commentary and speculation from those who are for net neutrality.

“Today, FCC Chairman Ajit Pai confirmed his long-term goal to unravel net neutrality protections, demonstrating that he is on the wrong side of history, startups, consumers and the public interest. As millions of Americans voice their support for a free and open internet, Chairman Pai’s proposal hands the internet over to the largest Internet Service Providers (ISPs) who can throttle, assess a toll or block content.

“The net neutrality protections have advanced competition and innovation, created more startups and entrepreneurs, and have been judicially approved. Repealing these protections is an assault on what has made the internet what it is… an open and dynamic platform. This is not the end of a battle but the beginning of a new one that I will engage in to protect the open internet for my constituents and all Americans.”

“Today the FCC circulated its sweeping roll back of our net neutrality rules. Following actions earlier this year to erase consumer privacy protections, the Commission now wants to wipe out court-tested rules and a decade’s work in order to favor cable and
telephone companies. This is ridiculous and offensive to the millions of Americans who use the Internet every day.

Our Internet economy is the envy of the world because it is open to all. This proposal tears at the foundation of that openness. It hands broadband providers the power to decide what voices to amplify, which sites we can visit, what connections we can make, and
what communities we create. It throttles access, stalls opportunity, and censors content. It would be a big blunder for a slim majority of the FCC to approve these rules and saddle every Internet user with the cruel consequences.

I’ve called for public hearings before any change is made to these rules, just as Republican and Democratic Commissions have done in the past. We should go directly to the American public to find out what they think about this proposal before any vote is taken to harm net neutrality.”

FCC Commissioner Brendan Carr released the following statement regarding the circulation of a draft order in the Commission’s Restoring Internet Freedom proceeding.

“Today, the Chairman circulated a draft order that would restore Internet freedom by reversing the Obama-era FCC’s regulatory overreach. Prior to the FCC’s 2015 decision, consumers and innovators alike benefited from a free and open Internet because the FCC abided by a 20-year, bipartisan consensus that the government should not control or heavily regulate Internet access. The Internet flourished under this framework. So I fully support returning to this approach, which will promote innovation and investment for the benefit of all Americans. I look forward to casting my vote in support of Internet freedom.”

Save The Internet is trying to get support for keeping net neutrality rules in place.

“Today Chairman Pai began his final assault on the Open Internet Order and Net Neutrality. His announcement today of plans to repeal Title 2 is another nail in the coffin of the FCC rules that protect consumers, competition, and innovation. Chairman Pai’s agenda has been an unending stream of giveaways to major corporations and Trump allies. Consumers, small businesses, and the most vulnerable amongst us have consistently gotten shafted by this Chairman and the Trump Administration.

“I am disappointed and angry that, despite the evidence, despite court decisions, despite widespread bipartisan public support for a free and open Internet, and despite 22 MILLION comments overwhelmingly in support of Net Neutrality, Chairman Pai today has announced his intentions to repeal the Open Internet Order.”

As FCC Chairman Pai announced his plan to dismantle the net neutrality regulations, Attorney General Eric Schneiderman of New York has released an open letter regarding the massive scheme to corrupt the FCC’s notice and comment process through the misuse of enormous numbers of real New Yorkers’ and other Americans’ identities. That scheme is under investigation by the Attorney General’s office; however, to date, the FCC has refused to provide the office with information that is critical to the investigation.

In May 2017, researchers and reporters discovered that the FCC’s public comment process was being corrupted by the submission of enormous numbers of fake comments concerning the possible repeal of net neutrality rules. The Attorney General’s office analyzed the fake comments and found that tens of thousands of New Yorkers – and hundreds of thousands of Americans – may have had their identities misused. While some of these fake comments used made up names and addresses, many misused the real names and addresses of actual people as part of the effort to undermine the integrity of the comment process.

The Attorney General's office reached out for assistance to multiple top FCC officials, including Chairman Pai, three successive acting FCC General Counsels, and the FCC's Inspector General, but has received no substantive response to its investigative requests.
“Hundreds of thousands of Americans likely were victimized during the FCC's public comment process on net neutrality. That’s akin to identity theft, and it happened on a massive scale.” wrote Attorney General Schneiderman in his open letter. “I encourage the FCC to reconsider its refusal to assist in my office’s law enforcement investigation to identify and hold accountable those who illegally misused so many New Yorkers’ identities to corrupt the public comment process."

"In an era where foreign governments have indisputably tried to use the internet and social media to influence our elections, federal and state governments should be working together to ensure that malevolent actors cannot subvert our administrative agencies’ decision-making processes," wrote Attorney General Schneiderman.

“The FCC’s draft order, under the leadership of Chairman Ajit Pai, will roll back onerous internet regulations and is a major pro-investment, pro-innovation and pro-small business step forward. Regulating dynamic, competitive broadband markets and networks as if they were 1930s-style monopolies makes no sense whatsoever. This regulatory mess created under the previous FCC chairman was completely unnecessary, given that broadband providers possess clear incentives to serve both content providers and content consumers well. It was a drastic regulation imposed on a problem that did not, and does not, exist. Such regulation creates uncertainty that restricts investment and innovation, including by threatening government rate and business model regulation. Small companies have been disproportionately and negatively impacted by the onerous ‘net neutrality’ regulations, which have inflicted more costs upon them and more uncertainty into their path.”

Keating expanded upon how this is a serious issue for small businesses:

“The entrepreneurial sector of our economy obviously has benefitted enormously as consumers or users of new and vastly improved broadband services. In addition, smaller firms overwhelmingly populate the telecommunications sector itself. For example, according to the latest U.S. Census Bureau data, 84.1 percent of employer firms in the telecommunications sector have less than 20 employees. When regulation raises costs, creates uncertainty and diminishes investment, that’s a harmful and disruptive barrier for entrepreneurs and small businesses, which then harms competition and innovation in the telecommunications and technology sectors.

“Chairman Pai and the current FCC deserve credit for choosing to guide regulatory activities based on sound, real-world economics, as opposed to the political fantasies and ‘what if’ scenarios that pushed the intrusive and unnecessary internet regulations forward. Small businesses also thank Chairman Pai for his transparency in allowing the public to view the draft order. His actions stand in stark contrast to the previous FCC chairman who did not allow the public to see the language of the order until well after the FCC’s vote. The current FCC, under Chairman Pai’s leadership, has given small businesses and entrepreneurs a voice, and has listened to their concerns. The Restoring Internet Freedom Order is just the latest example of Chairman Pai’s thoughtful and reality-based approach when it comes to regulatory actions and their impact on the entrepreneurial sector of the U.S. economy.”

The ACLU Statement is as follows:

Net neutrality prevents internet service providers from prioritizing data for businesses and other organizations that they favor or that pay more. The rules keep the internet open, free, and unrestricted, preventing ISPs from becoming gatekeepers that can control and manipulate what people access on the internet.

“Internet rights are civil rights,” said Jay Stanley, American Civil Liberties Union senior policy analyst. “Gutting net neutrality will have a devastating effect on free speech online. Without it, gateway corporations like Comcast, Verizon, and AT&T will have too much power to mess with the free flow of information.”

Ronald Newman, ACLU director of strategic initiatives, said, “In a world without net neutrality, activists may lose an essential platform to organize and fight for change, and small organizations may never get a fair shot to grow and thrive. Congress must stop Chairman Pai’s plan in its tracks and ensure that net neutrality remains the law of the land.”

The Ponder News would like to hear your opinions on the issue!

Posted by Shonda Ponder at 5:12 AM No comments: