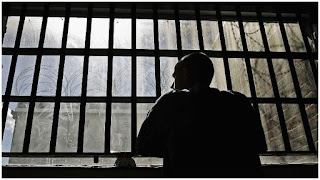 Oakland, CA - September 28, 2020 - (The Ponder News) -- On September 24, 2020, Judge Phyllis J. Hamilton of the U.S. District Court for the Northern District of California issued an Order certifying a nationwide class of people incarcerated in state and federal prisons, and granting the plaintiffs' motion for preliminary injunction requiring the U.S. Department of Treasury, the U.S. Internal Revenue Service, and the United States of America ("Defendants") to stop withholding CARES Act stimulus funds from plaintiffs or any class member on the sole basis of their incarcerated status.

A Treasury Department Inspector General report confirms that, as of early May 2020, the IRS had determined that at least 80,000 incarcerated people were eligible for payments of over $100 million. The Judge's order will thus result in desperately needed economic assistance of over $100 million to be delivered to members of the Class.

Congress passed the CARES Act to provide sorely needed economic assistance during the economic crisis triggered by the COVID-19 pandemic. Incarcerated persons, and their families on the outside, are among the most economically disadvantaged people in the country. Indeed, according to one study, people who are incarcerated had a median income of only $19,185 before their incarceration, compared to $41,250 for non-incarcerated people. Low-income families are disproportionately more likely to have a relative behind bars. The same is true for Black, Latino and Native families.

The Treasury, however, has refused to issue stimulus payments authorized by Congress to eligible incarcerated persons, thereby further exacerbating the economic disadvantages they and their families suffer.

The lawsuit alleges that over 1.4 million incarcerated people have been affected by Defendants' actions. Many rely on financial assistance from their friends or families on the outside, people who are already suffering in the current economic crisis.

Posted by Shonda Ponder at 11:02 PM No comments: