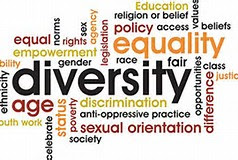 Eliot Engel made a statement on his congressional website about transgender hate crimes on the "Transgender Day of Remembrance" where he cited 25 transgender people who had been killed in hate crimes. The goal of this statement was to bring attention to the Equality Act. He is pleading for this law to be passed.

This all sounds well and good; however, why should one hate crime be treated any differently than any other hate crime? And, how will this law protect anyone from being killed?

The Civil Rights Act of 1964 outlawed discrimination based on race, color, religion, sex, or national origin. This has not stopped hate crimes, and to use the Transgender Day of Remembrance in order to further an agenda of having the Equality Act passed which would add sexual stereotypes to this list of people who are not to be discriminated against seems moot.

For instance, according to a Washington Post report, there were 6,121 hate crimes during the year 2016 -- which is up from 5,850 in 2015. Did the Civil Rights Act of 1964 do them any good? Yet, for 25 transgender individuals, we’re supposed to pass the Equality Act. How absurd is this? What is the Equality Act going to do that the Civil Rights Act of 1964 didn't do except make it impossible for people who have religious preferences to act on their conscience.

We shouldn't be focused on using hate crimes as a means to pass legislation that has nothing to do with curbing hate crimes. Those 25 people still would have been killed if there was such a law. Just like outlawing guns will not stop criminals from obtaining them.

It's obvious that love and hate are not something that can be legislated or forced upon people. The only way love and hate is spread is through practice. And, the only way hate can be ever be conquered is by choosing to love. Isn't it ironic that every place that is available for people to learn to love is being torn apart by the government: family, religion, charitable organizations, they are all under attack by all of these new laws and regulations being passed in Congress today because of a few people who hatefully object.

And yet even against these, the Bible still has a lot of wisdom for those who would like to fight hate. Galatians 5:22, 23 has this to say:

But the fruit of the Spirit is love, joy, peace, longsuffering, gentleness, goodness, faith, Meekness, temperance: against such there is no law.

My question then remains: how is passing legislation that is designed to prevent people from discriminating going to prevent people from Hating?
​
Permission is granted to re-use this Op-Ed in its entirety in any media outlet so long as proper credit is given to the author (Shonda Ponder) along with her email address at ponderaa1@gmail.com

Posted by Shonda Ponder at 3:38 PM No comments: