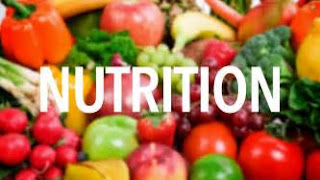 Dennis M. Bier presents the ARS W.O. Atwater Memorial Lecture at the Experimental Biology meeting in Chicago on April 25.
U.S. Department of Agriculture
April 25, 2017
ARS established the W.O. Atwater Memorial Lecture in 1968 to honor the memory of Wilbur Olin Atwater (1844-1907) and to recognize scientists who have made unique contributions toward improving the diet and nutrition of people around the world. Considered the father of modern nutrition research and education, Atwater was the U.S. Department of Agriculture's (USDA) first chief of nutrition investigations.
Read more...

50 Years Ago, Sugar Industry Quietly Paid Scientists To Point Blame At Fat
NPR Red River Radio
September 13, 2016
In the 1960s, the sugar industry funded research that downplayed the risks of sugar and highlighted the hazards of fat, according to a newly published article in JAMA Internal Medicine.
Read more...
Posted by Shonda Ponder at 9:19 PM No comments:

Policy Shifts Reduce Federal Prison Population
Administrative Office of the U.S. Courts
April 25, 2017
A decline in the number of federal prosecutions and in the severity of sentences for drug-related crime in recent years has resulted in a significant drop in the federal prison population, according to statistics from the Judiciary, the U.S. Sentencing Commission (USSC), and the Bureau of Prisons (BOP).
Read more...

Posted by Shonda Ponder at 8:52 PM No comments: