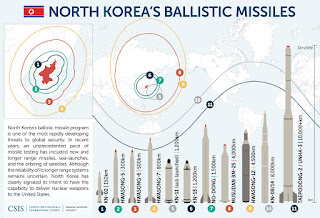 “President Trump is getting played by Kim Jong Un,” said Senator Markey. “We cannot have another summit with North Korea — not with President Trump, not with the Secretary of State — unless and until the Kim regime takes concrete, tangible actions to halt and roll back its nuclear weapons and ballistic missile programs. Without these verifiable steps, we can only assume that Kim Jong Un is not serious about denuclearization, only serious about stringing along a gullible American president.”

Posted by Shonda Ponder at 6:12 PM No comments:

Washington, D.C. - November 12, 2018 - (The Ponder News) -- U.S. Senator Kirsten E. Gillibrand (D-NY) has released the following statement after more than 200 rockets were fired into Israel from the Gaza Strip:

“The escalation in violence on the Israel-Gaza border is deeply disturbing, and I am relieved that Israel’s missile defense programs were able to avert civilian fatalities from this disgraceful terror attack. I urge calm so the situation does not further escalate, and I still remain hopeful for a long-term, peaceful solution to this tragic conflict. But the only way we will accomplish that is through negotiations that create conditions for safety and economic security – not through rocket attacks or any other acts of terrorism.”

Posted by Shonda Ponder at 6:01 PM No comments: