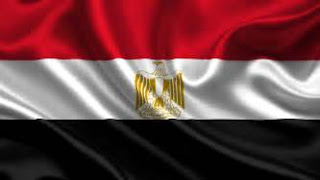 Rubio Welcomes Aya Hijazi Home from Three-Year Imprisonment in Egypt
Marco Rubio - (R - FL)
April 21, 2017
“During President Abdel Fattah el-Sisi’s visit to Washington earlier this month, I and many others in Congress urged him to free Aya, her husband and Belady Foundation colleagues, and all other political prisoners being held by the Egyptian government. I am glad President el-Sisi chose to take this step, and I appreciate President Trump’s work over the last few weeks to ensure Aya’s safe return. I welcome Aya home, and am very glad to see her reunited with her family.
Read more...

STATEMENT BY SENATORS McCAIN & GRAHAM ON RELEASE OF AYA HIJAZI FROM PRISON IN EGYPT
Senator John McCain - (R - AZ)
April 21, 2017
“We join the entire nation in welcoming home Aya Hijazi and her husband Mohamed Hassanein who have been wrongly imprisoned for the last three years in Egypt. President Trump has made this case a top priority, and we applaud him for working with the Government of Egypt to secure their long-overdue release, as well as the release of four of their colleagues."
Read more...

SENATORS WELCOME RELEASE OF UNJUSTLY IMPRISONED EGYPTIAN-AMERICAN AYA HIJAZI
Senator Tim Kaine - (D - VA)
April 19, 2017
“Today, Aya Hijazi, an Egyptian-American citizen, was released from prison in Egypt and reunited with her family. Although Ms. Hijazi’s trial faced far too many delays, we welcome the April 16th verdict by an Egyptian court clearing Ms. Hijazi and her co-defendants of all charges. We applaud Ms. Hijazi’s strength throughout this difficult process and commend the tireless efforts of her family in pressing for her release. The positive resolution of this case follows Egyptian President al-Sisi’s visit to Washington several weeks ago. During President al-Sisi’s visit, we made clear our support for a strong U.S.-Egypt relationship, while also emphasizing that Egypt’s respect for human rights and the rule of law are of critical importance to our bilateral relations, and to Egypt's stability and security.”
Read more... 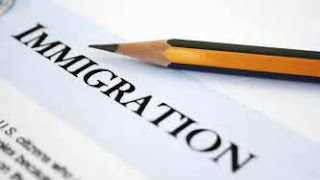 Inhofe Tours U.S.-Mexico Border, Touts Trump's Immigration Reform Successes
Senator James M. Inhofe - (R - OK)
April 20, 2017
“Because of Trump’s strong rhetoric for enforcing our laws, illegal border crossings have seen a decline of over 60% since the beginning of his administration,” Inhofe said. “America has long been a welcoming home to those who wish to enter our country legally, and by securing our borders we succeed in protecting the freedom and liberty of American citizens including those who immigrate legally into the U.S. President Trump, Attorney General Sessions, and Secretary Kelly have been working hard to enforce the laws of the land and to sharpen the focus on deporting illegal aliens who commit crimes in our communities and pose a risk to law enforcement officials. I applaud the ongoing efforts by the administration and look forward to advancing legislation that further supports the administration’s already strong stance on this critical issue.”
Read more...

Posted by Shonda Ponder at 12:51 AM No comments: