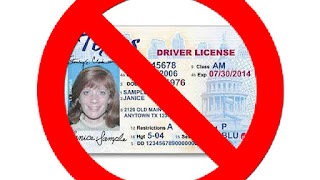 Every year, millions of Americans have their licenses suspended for unpaid court fines and fees, not based on conduct related to driving. This makes it harder to get to work and pay off the fines while also placing an unnecessary burden on our courts, jails, and law enforcement agencies.

“In 2018, Pennsylvania passed legislation eliminating driver’s license suspensions for non-driving infractions, an effort I was honored to be a part of,” said Rep. Reschenthaler. “The Driving for Opportunity Act will incentivize other states to follow Pennsylvania’s lead and eliminate debt-based driver’s license suspensions. By ending this counterproductive practice, we can make it easier for struggling Americans to hold down a job and pay off their debts while also ensuring police departments can target their resources where they are needed most.”

“Punishing people for failing to pay debts in a way that limits their ability to obtain gainful employment only sets up a cruel cycle of failure and results in the criminalization of poverty,” said Rep. Scanlon. “Particularly during the ongoing global pandemic, we need to work to eliminate barriers to employment and find legislative solutions to break the cycle of poverty. I’m proud to be joined by Rep. Fitzpatrick in introducing this common sense bipartisan legislation.”

“For too long, many Americans have had their driver’s licenses suspended for non-public safety reasons and have suffered the economic setback of debt-based driver’s license suspensions,” said Rep. Fitzpatrick. “Incentivizing states to end the suspension of driver’s licenses for unpaid fines is a commonsense reform that will improve livelihoods across this country and has widespread support from law enforcement, civil rights, and criminal justice reform organizations. I am proud to join my colleagues to introduce the bipartisan Driving for Opportunity Act.”

“Suspending driver’s licenses for unpaid fines and fees makes it harder for Americans to hold down a job and care for their families, and places an undue burden on our police officers,” said Senator Coons. “Today’s introduction of the Driving for Opportunity Act in the House moves us one step closer to ending this counterproductive practice and the harm it causes in communities across the country. The broad, bipartisan coalition backing this bill underscores the strong support for swiftly passing it into law.”

“Besides not being an effective debt collection tool, these “too poor to drive” suspensions can hinder an individual’s ability to keep working or get work and can lead to interactions with the criminal justice system, both of which have far reaching impacts on our communities,” said Rep. Moore. “In Milwaukee and around the country, these policies disproportionately impact minorities and the most financially vulnerable. The Driving for Opportunity Act would encourage states to end the suspension of driver’s licenses for unpaid fees to lift the burden off of drivers and to reinstate such licenses and ensure resources are better allocated towards promoting public safety.”

A copy of the bill can be found here.

Posted by Shonda Ponder at 9:25 PM No comments: 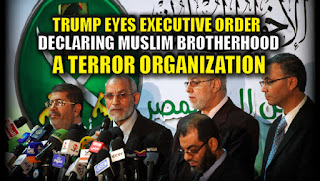 “I am proud to reintroduce this bill and to advance America’s fight against radical Islamic terrorism. I commend the current administration’s work calling terrorism by its name and combatting the spread of this potent threat, and I look forward to receiving the additional information this new bill requests from the Department of State. Many of our closest allies in the Arab world have long ago concluded that the Muslim Brotherhood is a terrorist group that seeks to sow chaos across the Middle East, and I will continue working with my colleagues to take action against groups that finance terrorism.”

“Since the founding of the Muslim Brotherhood in Egypt, Brotherhood affiliated groups have consistently preached and incited hatred against Christians, Jews, and other Muslims while supporting designated radical terrorists. I am proud that under the Trump administration we continue to call out and combat radical terrorism and I am glad to join my colleagues today in reintroducing this legislation. We must continue to condemn Foreign Terrorist Organizations and hold them accountable for the evil they perpetrate.” 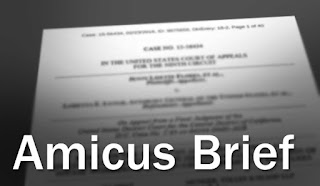 The amicus brief argues that the Voting Rights Act does not prevent states from enacting neutral election integrity measures like Arizona’s ban on ballot-harvesting, or other measures such as in-precinct voting requirements, voter ID requirements, election observer zones, and straight-ticket voting.

The full text of the amicus brief may be viewed here. Excerpts are below.

“‘The risk of voter fraud [is] real.’ As this Court has repeatedly confirmed, States have the authority and responsibility to ensure the integrity of their elections. These measures do not deny anyone the equal ‘opportunity’ to vote ‘on account of race or color.’ […]

“In the past few years, many recommended election-integrity regulations–which impose no

more than ‘the usual burdens of voting,’–have been challenged in a wave of novel Voting Rights Act litigation. […] “Were this Court to adopt the sweeping interpretation […] advocated by Respondents, these recommended laws and other neutral time, place, and manner voting laws would be put in grave danger across the country.”

Posted by Shonda Ponder at 9:04 PM No comments: