“I want Rhode Islanders to have affordable choices when it comes to health care and prescription drugs,” said Senator Reed. “The State Public Option Act is a prescription for just that. It can help keep health insurers honest about what they charge and deliver cost-effective care to Rhode Islanders.”

“I’ve been a vocal advocate for creating a public health insurance option since I was elected to the Senate, and I will continue to do so until every single Rhode Islander has access to high quality, affordable health care,” said Senator Whitehouse, who co-authored public option legislation during the drafting of the ACA and introduced a similar bill last Congress. “Increased competition driven by a publicly run insurance option will result in better, cheaper insurance for everyone in the marketplace.”

The State Public Option Act, led by U.S. Senator Brian Schatz (D-HI) and Congressman Ben Ray Luján (D-NM), will allow states to create a Medicaid buy-in program for all their residents regardless of income, giving everyone the option to buy into a state-driven Medicaid health insurance plan. At least 14 states are exploring implementing a Medicaid public option within their legislatures.

A recent Kaiser Family Foundation survey found broad, bipartisan support for a Medicaid public option. Medicaid is a popular and cost-effective program with a large provider network. The program has the same positive ratings as private insurance, but provides health coverage at a much lower cost. Based on partnerships between state and federal governments, Medicaid also gives states the flexibility to adapt services and models of care based on their individual needs.

Even with the progress of the ACA, nearly 30 million people remain uninsured, including 4.6 percent of Rhode Islanders in 2017. This legislation will help workers who do not have employer-sponsored coverage but may make too much to qualify for subsidies under the ACA. The bill will also help consumers who live in other places across the country that have only one insurance carrier.

The legislation has sixty-one cosponsors in the Senate and House.

Posted by Shonda Ponder at 12:11 PM No comments:

“President Trump’s decision to announce emergency action is the predictable and understandable consequence of Democrats’ decision to put partisan obstruction ahead of the national interest. I urge my Democratic colleagues to quickly get serious, put partisanship aside, and work with the president and our homeland security experts to provide the funding needed to secure our borders as we begin the next round of appropriations.” 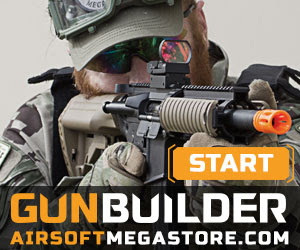 Posted by Shonda Ponder at 11:48 AM No comments:

Klobuchar, Collins Introduce Bipartisan Legislation to Crack Down on Fraud Targeted at Seniors

This is all well and good. However, this type of fraud is not just directed at Seniors. It is directed at those who have little experience dealing with these types of offers. We all get the same telemarketing phone calls.

“We must ensure all Americans have safety and dignity in their senior years,” said Klobuchar. “New fraudulent schemes designed to target seniors appear almost daily, and seniors can watch their entire life savings disappear in scams that are designed to target their assets. This bipartisan legislation will improve efforts to combat fraud targeting seniors so we can make fighting scams against our seniors a priority.”

“As the Chairman of the Senate Aging Committee, combatting elder fraud has long been one of my top priorities. Though we have held hearings exposing and examining a number of these scams in order to help protect seniors, much more remains to be done,” said Collins. “The Seniors Fraud Prevention Act would help enhance fraud monitoring, increase consumer education, and strengthen the complaint tracking system to help prevent seniors from being robbed of their hard-earned savings through threatening and manipulative scams.”

The Seniors Fraud Prevention Act would help protect seniors from fraud schemes by strengthening the reporting system to ensure complaints of fraud are handled quickly by the appropriate law enforcement agencies. The bill would also require the Federal Trade Commission (FTC), the agency responsible for handling consumer complaints, coordinate with other agencies to monitor the market for fraud schemes targeting seniors. In addition, the bill would require the FTC to distribute information to seniors, their families, and their caregivers that explain how to recognize fraud schemes and how to contact law enforcement authorities in the event that a senior is targeted. Klobuchar and Collins have introduced this bill in the three previous Congresses. In 2016, the legislation passed the Senate Commerce Committee without opposition and in 2017, the legislation passed the Senate.

Posted by Shonda Ponder at 11:36 AM No comments:

“Young people seeking higher education should be able to follow their dreams after graduation, but today the vast majority are shouldered with excessive and seemingly insurmountable debt. A diploma should not be a certificate of anxiety, but one of hope for the future,” Senator King said. “That’s why we must look for innovative new ways to ease the burden of student loans and help the next generation join the workforce and succeed. This bipartisan legislation will support American students and help employers recruit and retain driven young people – a win-win.”

“Education plays a vital role in opening the doors of opportunity to all Americans, but the rising cost of a college education threatens to close those doors to many families across the country,” said Senator Collins. “This bipartisan bill would help alleviate the financial strain of student loans by encouraging more employers to provide student loan repayment benefits to their employees.”

According to reports, one in four Americans have student loans, and student debt in the U.S. reached $1.5 trillion in 2018. Student debt is a significant financial burden that influences the way the American workforce saves and spends, and thus stifles the entire economy. The Employer Participation in Repayment Act would update an existing federal program so that it works better for employees living with the reality of burdensome student loan debt. The Employer Education Assistance Program currently only provides assistance for workers who are seeking additional education. It does not extend to individuals who have already incurred student loan debt during their undergraduate or graduate studies.

The legislation has also been introduced in the U.S. House of Representatives by Reps. Scott Peters and (D-CA) and Rodney Davis (R-IL) and has support from numerous educational organizations.

Posted by Shonda Ponder at 11:28 AM No comments:

“The biggest immediate crisis facing Georgia today is the relief money needed for the lost agricultural products from the hurricanes that have hit here and in other states,” said Isakson. “We are in crisis mode for our farmers and agricultural community, and we will not stop until we get needed aid for those who have suffered devastation. Additional losses grow every day we wait, and it’s far past time we fulfill the promises that were made. Supplemental disaster funding was overwhelmingly supported in funding proposals voted on earlier this year, so there shouldn’t be a reason for further delay on a supplemental disaster relief package to provide critical aid for Georgians.”

“Enough is enough. Georgia and other states across the country are hurting from historic hurricanes and devastating wildfires, and the federal government continues to drag its feet,” said Perdue, a member of the Senate Agriculture Committee. “In October, President Trump and Vice President Pence both saw the devastation firsthand and promised to help Georgia and other states rebuild. It’s long past time to make good on these promises. For farmers in Georgia, it’s not a matter of putting a crop in the ground this year – it’s a matter of putting a crop in the ground ever again. I will continue to fight for disaster relief until our farmers and rural communities have the resources they need to recover.”

The senators plan to introduce a supplemental funding package after the Senate reconvenes on Feb. 25 that includes $3 billion to provide critical agriculture disaster relief for farmers recovering in the wake of Hurricane Michael, along with additional funds for communities in Georgia and other states. Senators Perdue and Isakson have vowed to continue raising this issue in the Senate until Congress approves disaster funding.

Posted by Shonda Ponder at 11:17 AM No comments: