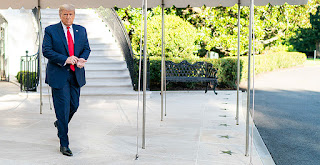 The White House threatens to veto the Democrat's energy bill

LaMalfa said: “This legislation is another attempt by Democrats to force expensive, unreliable, and unrealistic ‘Green New Deal’ priorities on the American people. This bill also completely disregards the needs of rural America, prioritizing billions in funding to large cities. California is again facing expected power shut-offs because of the policies found in this legislation. Forcing the rest of the country to adopt the failure of California’s energy policy is wrong. Additionally, by effectively forcing a phase-out of hydropower, thousands of Northern Californians are put at risk to lose their clean, reliable energy source. This legislation is the House Majority’s absurd attempt at pandering to urban environmentalists, and does not contain real solutions for rural Americans, like encouraging the use of hydropower, investing in biomass power development that will help reduce wildfire risks, and increasing water storage.”

Posted by Shonda Ponder at 3:44 PM